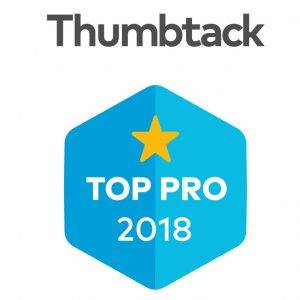 Great service and very professional! We would definitely use Aqua Surface again and recommend them to our neighbors. 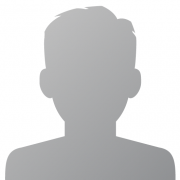 My house is on the market and needs the exterior to be washed. I’m in Texas and my house is in Illinois. I filled out a request work form on line and Chris responded right away on Saturday evening. He stopped by my house first thing in the morning. I asked him to wash the exterior because of the build up of algae and moss. He washed the roof top, siding, deck, patio, sidewalk, gutter, and spray solution to kill bugs the front of the house. My neighbor called me after Chris finished the front of the house. They said my house looked brand new and very clean. When Chris finished, I have a brand new house according to my neighbor and my agent. He had done an awesome job more than I asked for. Price was very reasonable!!! Chris will be doing a lot of exterior cleaning in my neighbors!
Thanks again,
Tracy

Power washing of brick paver patio, steps and outcropping stones. Chris called and came out promptly and even suggested other areas that we could help me with. He was very professional, excellent quality, and I would recommend him highly.

Chris was earlier than scheduled, was professional, friendly and did a great job! Keep up the great job

Asked for quotes for power washing the front of my home, which had been egged. Several contractors replied on Thumbtack and provided “estimates” for the work. I contacted 2 businesses that were not too far from my home, and were responsive right away. I set up appointments with each rep for a free quote (most small businesses were alike in their pricing). The first contractor I called, agreed to stop by within the next 3 days. The second contractor, Chris Wilson, returned my call immediately, and when he learned that I was getting quotes from 2 contractors, he offered to come out to quote immediately. He arrived exactly when he said he would, and he brought his truck and equipment with him. His price was acceptable and I was impressed with the many favorable work reviews he had on his website, so I told him to proceed, even though I had an appointment away from home for a few hours. He washed the entire front of my home (2 stories), scrubbed areas where the eggs adhered, then washed the garage doors, stairs, 2 car driveway, and the cement sidewalk in front of my whole lot. When I returned home, all work had been done and Chris stopped by to be sure I was satisfied and I paid him. He went over and beyond the work I had outlined (cleaning sidewalks, gutters, etc) and gained my confidence with his work ethic. I will recommend him to my friends and relatives. His business is “Aqua Surface Restoration, Inc..

Grant was professional and did a very thorough job. Great guy, and highly recommended.

Quick and professional service at a very competitive bid. I would definitely recommend Aqua Surface Restoration and will use them again in the future.

Grant pressure washed and re-stained our employee picnic tables over a weekend. They look fantastic and Grant was very professional, followed thru and stayed in touch during the entire process. I would highly recommend his business for your business or residential needs!

Grant was great! Did great work pressure washing the mold on the side of the house and our entry sidewalk! Its so clean you can see it shine down the street!! Wonderful to work with.

Power washed the outside siding of the house. Great work as it looks brand new. Great to work with.

Promptly answered my e-mails; hand scrubbed our Trex deck; advised on how to clean railings; on time, worked 4 hours; reasonable price. Would definitely recommend Grant to friends & neighbors and would hire him again.

Superb job. Excellent Communication skills. Very professional. The price is very competitive and right. I highly recommend him. Several of my neighbors already asked me for his information. We are all very happy.

View more of our testimonials on Thumbtack!